We have been on the farm for several months now and are doing lots!  Here are some random updates...

We have probably a couple dozen apple trees on the farm but they are pretty over grown (like 30 feet tall!) and have not been taken care of.  The codling moth has gotten about 99% of the apples but I did find a few clean gems! 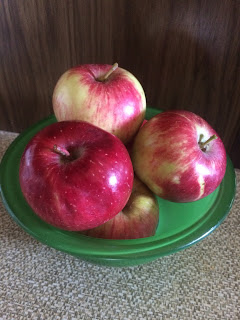 Henry has started chipping away at a huge wood pile in the back for firewood... 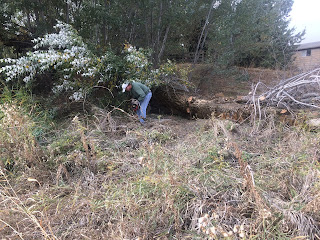 We have a wood stove in the basement of the house.  It is the original wood stove that was put into the house when it was build in 1964.  I have been told by the wood stove guy that it will be very inefficient (I didn't really expect him to tell me anything else...he is trying to sell us a wood stove).  So, my preliminary estimates is that buying a new wood stove is expensive!  We are going to take this winter to do some research and may be installing a new one next fall...
Not the best pic, but here is a different angle showing some of the wood. 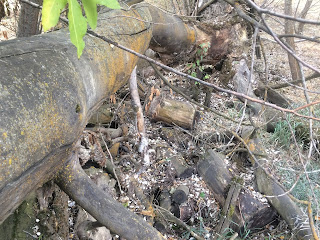 I started some mead from the honey I had collected in the spring.  If you don't know, Mead is an alcoholic beverage that you can make from honey!  I made Huckleberry mead...I just love to watch it bubbling away...

When my  mom and dad were here this past summer, we went huckleberry picking and I also found an elderberry bush up on the mountain.  I picked all the elderberries and brought them home.  I did not realize that there are 2 types of elderberries (well, actually there are dozens of different elderberries) but it appears to be 2 types of berries...black (these are the ones I found on the mountain) and blue.  We have blue elderberry bushes in our yard as shown in this pic. 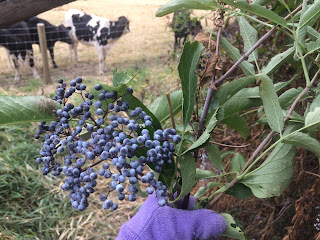 We found a plum tree on the farm.  We picked some plums and I made some plum butter.  I don't know if I should call it a tree or a bush.  It has lots of suckers coming out from the main tree so it is like one big clump of plums.  I started cleaning out under it but then got distracted with taking out a big rose bush.  I will come back to this plum at a later time... 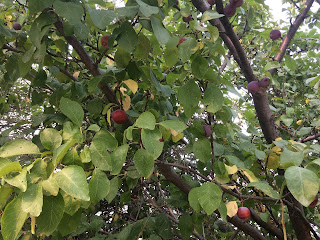 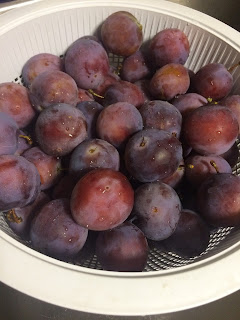 Cleaned out an old rose bush that was leaning the fence over...in addition, there is a dead tree in the middle of the huge rose bush that needs to come down.  I took the first picture at the beginning of September.  I worked on it little by little and it took me a month to get it all cleaned out.

Now, I have another big rose bush by the garden that I am going to remove...ugh...then, maybe back to the plum...depending on how the fall weather comes in...(I actually just finished this project yesterday...it was much easier because there were not as many suckers...) 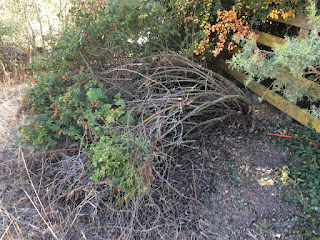 In the middle of August, I decided to try and transplant some raspberry bushes.  There is a patch of raspberries on the property but they are located on a steep incline which makes it difficult to pick.
Some of the canes turned brown and I was not sure they would make it.  I had already made up my mind that I would be happy if half of the raspberries survived the transplanting.  The end of September, I saw new growth on those "dead" looking canes!  Yeah! 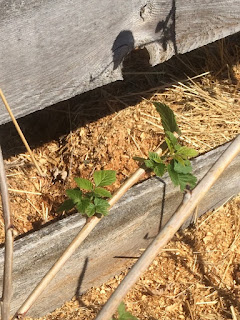 I am busy working on the garden area and planting some fruit trees and bushes too.  I will have a post about all that in the future...

Posted by ReMARKable Farms at 8:12 AM No comments:

As I had stated in a FB post last week, I have always been intrigued by the Hugelkultur (mound culture) technique.  One limiting factor was that you need a lot of half rotten wood.  But guess what?  We have tons of old dead wood on our new farm property!

Hugelkultur are no-dig raised beds with a difference. They hold moisture, build fertility, maximize surface volume and are great spaces for growing fruit, vegetables and herbs.

Instead of putting branches, leaves and grass clippings in bags by the curbside for the bin men... build a hugel bed. Simply mound logs, branches, leaves, grass clippings, straw, cardboard, petroleum-free newspaper, manure, compost or whatever other biomass you have available, top with soil and plant your veggies.

The advantages of a hugel bed are many, including:

The gradual decay of wood is a consistent source of long-term nutrients for the plants. A large bed might give out a constant supply of nutrients for 20 years (or even longer if you use only hardwoods). The composting wood also generates heat which should extend the growing season.

Soil aeration increases as those branches and logs break down... meaning the bed will be no till, long term.

The logs and branches act like a sponge. Rainwater is stored and then released during drier times. Actually you may never need to water your hugel bed again after the first year (except during long term droughts).

I started by making a "before" video of the area.  This area is located right in front of the bee hive and it will be our kitchen herb garden.  It is located right outside the kitchen back door...

Started by digging a trench. 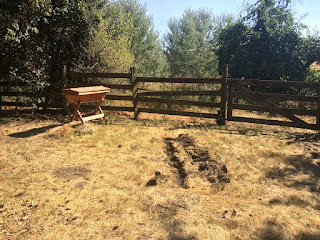 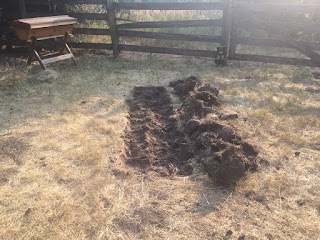 I threw all the soil to the side to be used again later. 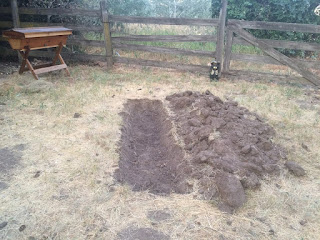 Then, I filled the trench with large limbs.  These were all collected right on the other side of that fence in the background.  So, it was nice to clean out all those dead limbs out of the pasture area and put them to good use! 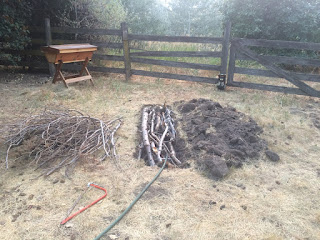 I threw in some old hay and coffee grounds. 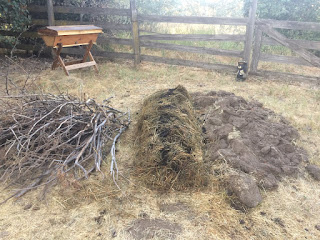 Then, I put smaller branches mounded on top. 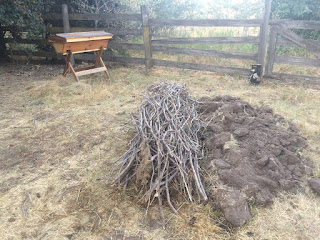 More hay and I watered the mound to make it nice and moist. 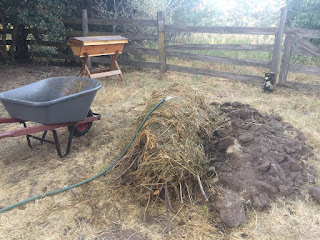 I placed the soil that I dug out back onto the mound.  This was a little tricky but I eventually got it all to "stick". 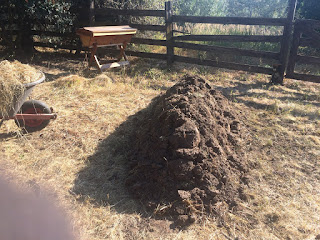 I bought some soil conditioner to put on top of the mound. 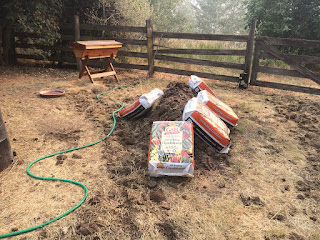 I planted crimson clover and oats into the soil conditioner. 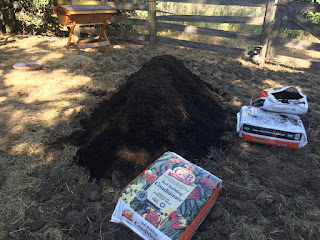 The oats did not germinate very well at all.  The crimson clover is germinating in a spotty pattern and growing slowly.  Ideally, I would have started this project about a month earlier.  The weather has really cooled down and that is why things are not growing.  I plan to put a good layer of hay mulch or wood chips over the entire area to put it to bed for the winter.
I thought maybe the voles would not like the Hugelkultur mound but I was wrong...they are already tunneling around in there!  I have been putting coffee grounds in their holes...hoping that it will detour them (thanks Nora, for the suggestion!).

Overall, I am happy with the project and excited to plant lettuce, herbs, and flowers into the Hugelkultur bed in the spring!

Posted by ReMARKable Farms at 6:45 AM No comments: