Consider this another late Autism Awareness post (April is Autism Awareness month).  This post is not going to be anything about the farm.  It is about our youngest son, Joshua.  He is also diagnosed with autism spectrum disorder (which is a developmental disability) but I have suspected for a while that he also deals with some mental health issues.  He is 14 (will be 15 on May 14th).  In January 2018, I could tell that Joshua was starting to have a lot of anxiety.  I got him set up with some mental health counseling.  He was in 8th grade at the time and was worried about the transition to high school.

His anxiety and behavior continued to escalate until we ended up in the Emergency Room in March 2018.  He was admitted to Kootenai Behavior Health (KBH) in Coeur d'Alene.  Usually, individuals stay there for 7-10 days.  Joshua was there for 3 weeks and they said that he would actually need to go to a more long-term treatment place.  We refused this and brought him home.  We tried more medication management.  I was working with Department of Health and Welfare Crisis Prevention to try and find supports to help Joshua (but there were none available).

We ended up back into the ER 3 more times over the next 3 months.  KBH seemed to be refusing to take him back so he would just have to come back home to us.  One time, he was waiting in the ER for 2 days for placement and we got to meet with a social worker.  I was hopeful that maybe she would have access to some resources that I did not know about.  However, we were just told that Joshua was fine and that we needed parenting classes...this was VERY upsetting.

Finally, in late July, we tried a new medication that really helped to mellow out the behaviors.  We made it to school in August and things took a good turn at this point.  He seemed to really like the high school and had a great support system there.  We finally found a Habilitative Interventionist (HI - this is a fancy way of saying "someone who works with kids with behaviors" to work with Joshua in September.  We had a couple of good months.

In November 2018, I could see that things were taking a turn again.  I had a Functional Behavior Assessment (FBA) completed on Joshua.  This assessment basically said that all Joshua's behaviors are a result of his lack of executive functioning skills.  I was given a book to read, Smart but Scattered.  I did read the book and it was a great resource.  BUT...I felt like I had already done about 90% of the suggested activities to help Joshua.  The behaviorist that did the FBA had moved out of state so he was no longer available to help us. 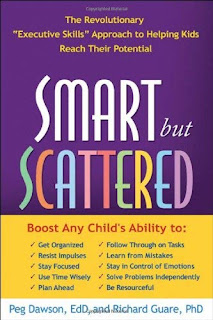 Also, in November, I was working with Liberty Healthcare.  This organization determines eligibility for developmental disability (DD) services.  For example, the HI services that we were getting are a DD service.  They asked if Joshua had a mental health diagnosis.  I gave them a copy of some testing we had completed when Joshua was 7 years old stating that he has Attention Deficit Hyperactivity Disorder (ADHD).  He looked at it and said he could not use this testing because the person doing the testing did not have the correct credentials.  So, I started calling around to see how we could pursue better mental health testing for Joshua.

In December, Joshua decided that he did not want to go to school anymore and would run away from school.  This involved me calling the police several times to try and track him down and it was just a big mess.  His behaviors at home were getting more aggressive too.

The Christmas break went well and I thought we had a good amount of time to "reset" and get back on track.  Unfortunately, the behaviors just ramped back up when school started again.  He ended up assaulting a teacher and we were told that the school district was going to pursue prosecution.

The next week, Joshua assaulted a student at school and was sent home (out of school suspension).  When I was home with him that afternoon, Joshua tried to assault me in our home with a knife.  I had to call 911 and the sheriff came out and took Joshua to the Detention Center in Lewiston.

It is so difficult to determine what is autism and what is puberty and what is hormones and what might be a mental health issue.  I finally did find that the WSU Psychology Clinic could do the mental health testing that we needed.  However, Joshua was already "locked up" so we could not get him there to do the assessment.

The prosecuting attorney ordered some testing for Joshua to determine if he really understood the consequences of his actions.  Basically, we were trying to determine if his developmental disability limited his understanding of his behaviors and their consequences.  It is all just so confusing.

At the end of January, I was talking more with Children's Mental Health and was told about a program that I could apply to for residential treatment.  I didn't want to do this but things were not safe in our home and Joshua needed some intensive treatment that we just could not provide.  The HI that had been working with him since September said he had tried everything he knew to do and just couldn't make any progress.

I applied and Joshua was accepted for residential treatment.  Now, we needed to find a placement.  Idaho does not really have this type of resource available (I think I was told that there is one residential treatment center in Idaho and it is always full and would not be appropriate for Joshua).  The Department of Health and Welfare sent out 3 applications and Joshua was accepted to Copper Hills Youth Center near Salt Lake City, Utah.  They specialize in working with adolescents with Autism and Mental Health issues.  I had actually heard from 2 different people that this facility has a great reputation.

On March 18, I flew with Joshua down to Salt Lake and he was admitted to Copper Hills.  Do I even need to state that this was one of the hardest things I have ever had to do?  Dropping my child off at some facility 600 miles away from home?  I know this is the best thing for Joshua and our family at this time but that doesn't make it any easier.
Unfortunately, Joshua continued with poor behaviors and he was kicked out of this facility.  Luckily, they have a "sister" facility in the same area that works specifically with kids with more severe behaviors.  Joshua has been at Benchmark for just over two weeks now.  He had a lot of behaviors again the first week but seems to have calmed down now.  We have weekly family counseling via the phone.  The average stay is 12-18 months. We already have plans to go and visit him.  He has to earn this privilege and it will probably take several months before we are allowed to visit.

The million dollar question for me is "Why?".  I don't understand why he feels the need to attack us but mental health disorders are often irrational.  Let me say how grateful we are for this intervention.  We are SO happy that he was been approved for residential treatment and that he was accepted into the Copper Hills/Benchmark program.  This kind of feels like our last ditch effort to get help for him.  I just wanted to put this out there so people understand what we have been dealing with.  I know we are not alone.  We had a really rough patch with Mark a couple of years ago and I just met with a good friend last week for coffee and she is having similar issues with her teenage son.  If you are the praying type, please, say a prayer or send some positive energy to Joshua.  I just have hope that he will get the treatment he needs so he can be successful and come home.

Head over to www.remarkablefarms.com and check out our new website!  You can click on the tabs at the top of the page to read some background about the me (Denise), Mark and the Farm. 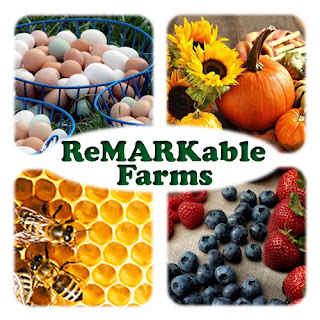 Any editing suggestions to the website would be appreciated.  I will probably change the design in the future.  Right now, it's getting busy with the garden and getting Mark's business going.  Lately, my mind is going about 100 miles an hour lately.  So excited to get the farm started this year but also so anxious that we might do something wrong!

This is also a time of big transition for our family.  Mark will be graduating from high school IN 2 MONTHS and living with us full time.  This adds a new dimension to our lives.  You may be thinking..."What's the big deal?"  Well, it's kind of hard for me to put into words but for the last 15 years, Mark has gone to school most days for several hours.  Now, he will be home all the time.  I want him to continue to learn and have a fulfilling life.  I am probably putting too much pressure on myself.  I read this in Proverbs last week and it just reminds me to take it one day at a time... 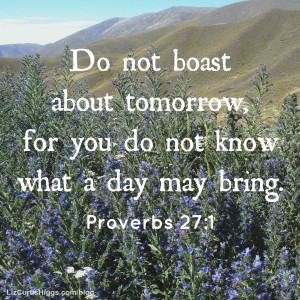 Speaking of taking it one day at a time, this week the fencing is going in!  We are trying to get a perimeter fence around the property. The good news is that about 3/4 of the property is already fenced!  The bad news is that there is still a significant part to fence in and it's expensive (isn't everything...)

Next, we are extending a water line out into the area where the chicken coops will be so we don't have to carry water long distances.

After the fencing and water lines, it may be time to work on the coops!


Posted by ReMARKable Farms at 8:43 AM No comments: