I made some homemade Christmas gifts and mailed them out via Priority mail.  I guess I did not do a good enough job of packing them because 2 of the gifts were an epic fail and busted/broke.  I should have taken more time to pack them better but I thought I was running behind on getting them out (which I really was not).  I also think that the post office was super rough on some of the packages and not others because my in-laws package made it all the way to Pennsylvania with no problem but 2 of the packages to Kansas were the one's that were destroyed.  Anyway, another lesson learned.  I already have an idea for this year's Christmas and it does not involve any glass.

Here are some of the items I put together for the Christmas packages.

I made some Elderberry syrup  (click for recipe) from elderberries that we found when we were picking huckleberries.  Also, made huckleberry jam... 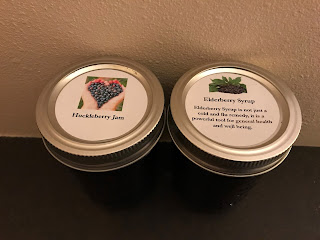 Some little gift packs I made for my nieces and nephews:  stickers for their books, bookmarks, and a Chocolate Cake Mug 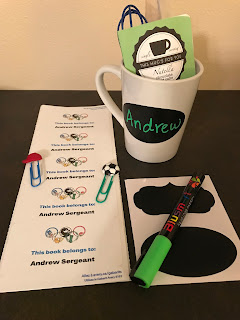 A little first aid type kit with honey (to be used as an antibiotic, and
Easy Breath Rub  that I made with some of our beeswax that I collected last spring. 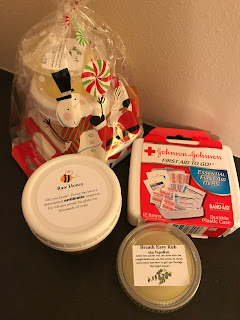 An Emergency Candle Kit, in case the lights go out... 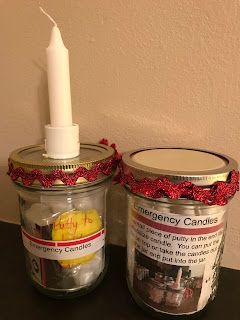 Buster hanging out by the Norfolk Pine that my friend gave us! 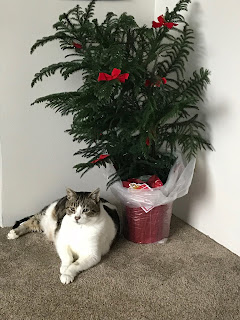 Posted by ReMARKable Farms at 8:07 AM