It's a lot quieter around here...

Last weekend we processed the first half of the meat chickens and since we were chopping heads off, the roosters also saw their end.  We only had 2 roosters but the bigger rooster would attack us (Mark and me) and the smaller rooster kept attacking the ducks.  I could tell that Mark was getting nervous around the roosters and would watch them and not walk past them.  It was just poor working conditions.  If the roosters had been nicer, they could have stayed.  There are lots of great reasons to keep a rooster...

Rooster look out for the flock.  They keep their eye to the sky and watch for predators.  I have seen all the girls run into the barn after the rooster made some type of noise to alert the girls of danger in the sky.  Also, a rooster will also crow if there is danger approaching.  He crowed a lot when Henry went out to the chicken area!  Henry didn't really like the roosters either. 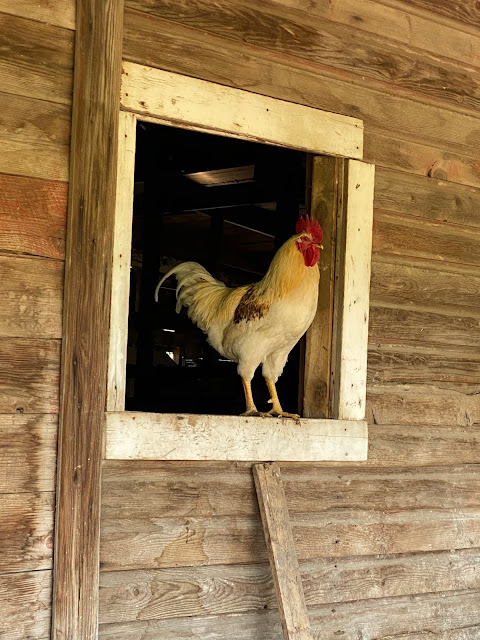 The bigger rooster was almost always the last one in the barn at night, making sure that all the girls got in safely. 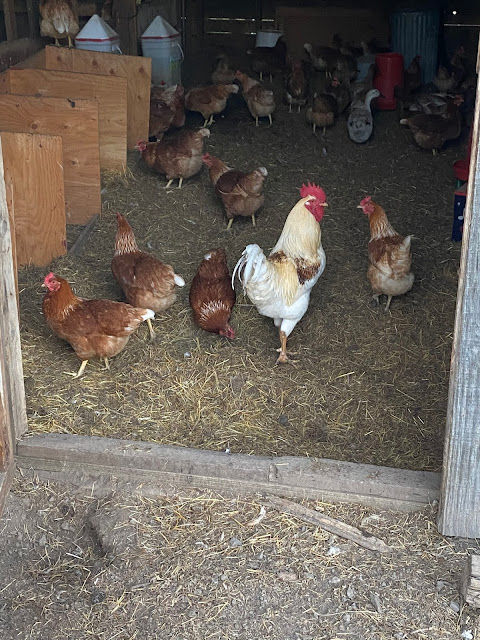 You don't have to have a rooster for a hen to lay eggs.  Chickens have been selected over the centuries to lay eggs most all year.  Now, if you want to hatch eggs, you definitely need a rooster to have fertilization so that baby chicks will develop.  We do not want to hatch baby chicks from our current hens.  They are hybrids so they would not breed true.  Therefore, we didn't really need a rooster.  It just happened that when we ordered the hens, 2 of them turned out to be roosters.
It is really cute to see the rooster do his little shuffle dance to try and impress the ladies.  Also, he will point out little pieces of food for the girls.  He will pick up the food and then drop it again to show the girls.  This is called tidbitting.
Roosters look handsome but they can be kind of rough on the girls too.  They jump on the hens back to mate with them...(I am really keeping an eye on this girl, she did not leave the barn for several days.  I think she got jumped on too much.  The good news is that I saw her out in the run a couple days ago and she seems much more alert!) 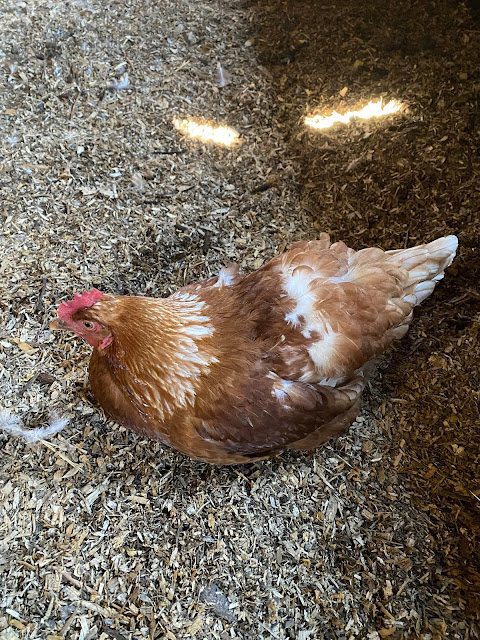 and pull out the feathers in their heads... 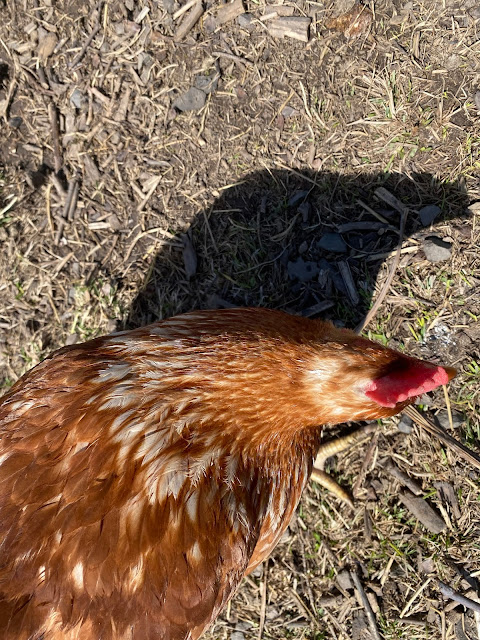 I understand this is part of their mating routine but sometimes it gets to be a bit much.  I thought since we only had 2 roosters that maybe it would not be so bad or they would spread their love around but I was mistaken.

Roosters keep the girls in line.  In the absence of a rooster, the hens may start fighting to work out the pecking order.  I have seen some hen fighting and I am keeping an eye on it.  I have even read that the "head" hen may start crowing!  I am curious to see if this happens! 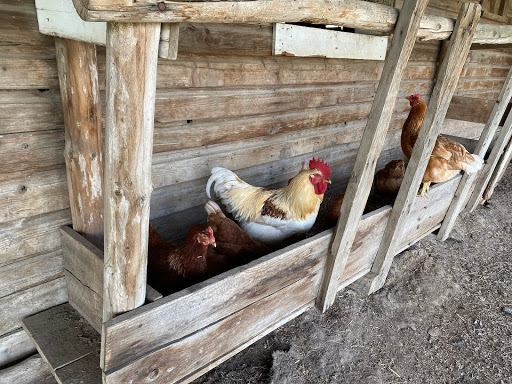 So, it's a lot quieter around here in some ways.  The roosters were crowing loudly at like 3:00 in the morning.  I didn't really mind the crowing but it is nice that it's quieter.  However, on a side note, the dogs have been super noisy lately.  It seems we have a raccoon (the neighbor saw one on September 1st) and a skunk hanging around the farm (we can smell it some mornings).  I think the dogs are barking a lot to keep them away.  Both skunks and raccoon will prey on chickens.
One last note about getting rid of the roosters...
Eventually, we want to go and visit Joshua and extended family in Kansas and Pennsylvania (after this pandemic lets up).  At that time, we will need someone to come and take care of the girls.  I think it would be difficult to find someone that would come to feed/water the girls and know how to fend off the roosters too.  Now, we don't have to worry about that.
Have an eggcellent day!
~Denise

Posted by ReMARKable Farms at 5:40 AM